The Cadillac BLS is the only vehicle in this series that was not sold in the United States. As a result, you may be wondering why I’m even posting this. Well, I’m sure many people across the pond may have been missing out a little, and this car is very strange. Not only is it very strange, it is likely one of the most obscure cars in this series.

The BLS is one of fifteen different models (if you include the extended wheelbase cars) on the Epsilon platform. It’s basically a very heavily re-bodied Saab 9-3. In fact, it was made in Sweden alongside the 9-3. At the time it was made (sales started in 2006), it was the smallest ‘Cadillac’ being made–more than six inches shorter than the CTS. It was also available as a wagon in addition to the standard sedan layout. The back end of the wagon actually looks pretty cool. 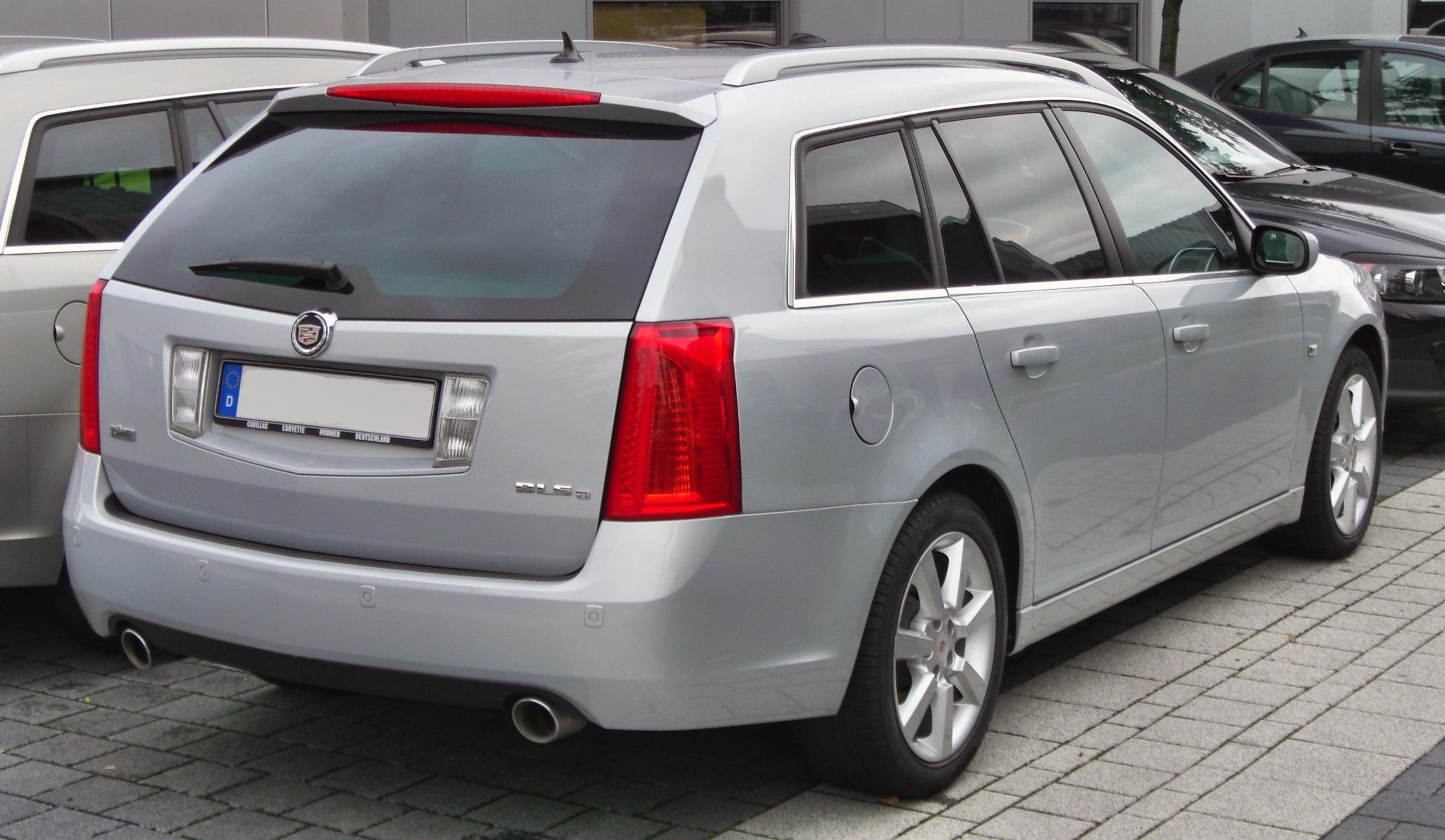 The BLS was available with three engines; A 1.9 liter turbodiesel engine borrowed from Fiat (GM owned a piece of them at the time) with 150hp-180hp, a 2.0 liter turbocharged gasoline engine producing 175-210 horsepower (the same Ecotec engine in the 9-3), and a 2.8 liter turbocharged gasoline V6, producing 250 horsepower (the same engine in the Saab 9-3 Aero albeit with lower output). Mildly interestingly, the V6 engine was actually made in Australia. Saab was just responsible for turbocharging them once they ended up in Sweden. All of these engines could be mated to either an automatic or manual transmission, and most BLS’ sent their power to the front wheels (some top trim automatic cars sold in Sweden could be had with AWD).

On the inside, the Saab and the Cadillac were similar, but not exactly the same.

The most notable difference between the ‘Caddy and the Saab is that the cupholder isn’t pointlessly complicated (that does not mean I don’t like it). I can imagine the Cadillac team at the time getting into redoing the interior and just thinking “what the fuck?”, and immediately discarding the Saab’s origami style of cupholder. I guess Saab clung onto that kind of stuff as one of its last vestiges of ‘Saabness’

It reminds me of a professor I had that always dressed normally and respectfully, but always wore his pants rather low. A student then discovered his Myspace (yes, his Myspace), to find that in college he likely would’ve given anything to join the Wu-Tang Clan. Seeing this, and drawing the connection between his Myspace and the height of his pants, my friend said, “Yeah, man. That’s like all he has left.” The funky cupholder and the center ignition were the only things Saab had left.

The reception of this vehicle was extremely lukewarm, with reviewers saying it was basically “a car”. Is it a coincidence that when you combine Saab and Cadillac, you get ‘Sadillac’? No, I don’t think it is.

The car’s name also took some heat. Officially, Cadillac said BLS stood for “B-Segment Luxury Sedan”. Many in the press and public disagreed however, saying it actually stood for “Bit Like Saab”, or “Bob Lutz Special” (Lutz was a GM executive from the time fond of platform sharing). Many also compared this vehicle to the truly unfortunate Cadillac Cimarron, but I’m not sure why. Even if this car was just a Saab with Cadillac badges, it’s leaps and bounds better than that thing.

As a result of this reception, the sales were poor. Exact production numbers are hard to pin down, but they made somewhere between four and eight thousand. According to a commenter on one of my source websites, at one point, demand was so low that they only made the car on Mondays. The entire car had ‘a case of the Mondays’.

In addition to being sold in Europe, the BLS was also sold in GM’s Arabian, Mexican, South American, and South Korean markets. What this means is that trying to find how much these would cost to buy is… complicated. However, thanks to some friendly Europeans on Reddit, I can tell you these can be had for between two and nine-thousand American dollars in Germany.