Chevy: “Cadillac says they wanna make their own Corvette!”

Chevy: “They said the Corvette isn’t enough of a boomer car!”

GM: *Thinking about all of the money boomers bring into the company* 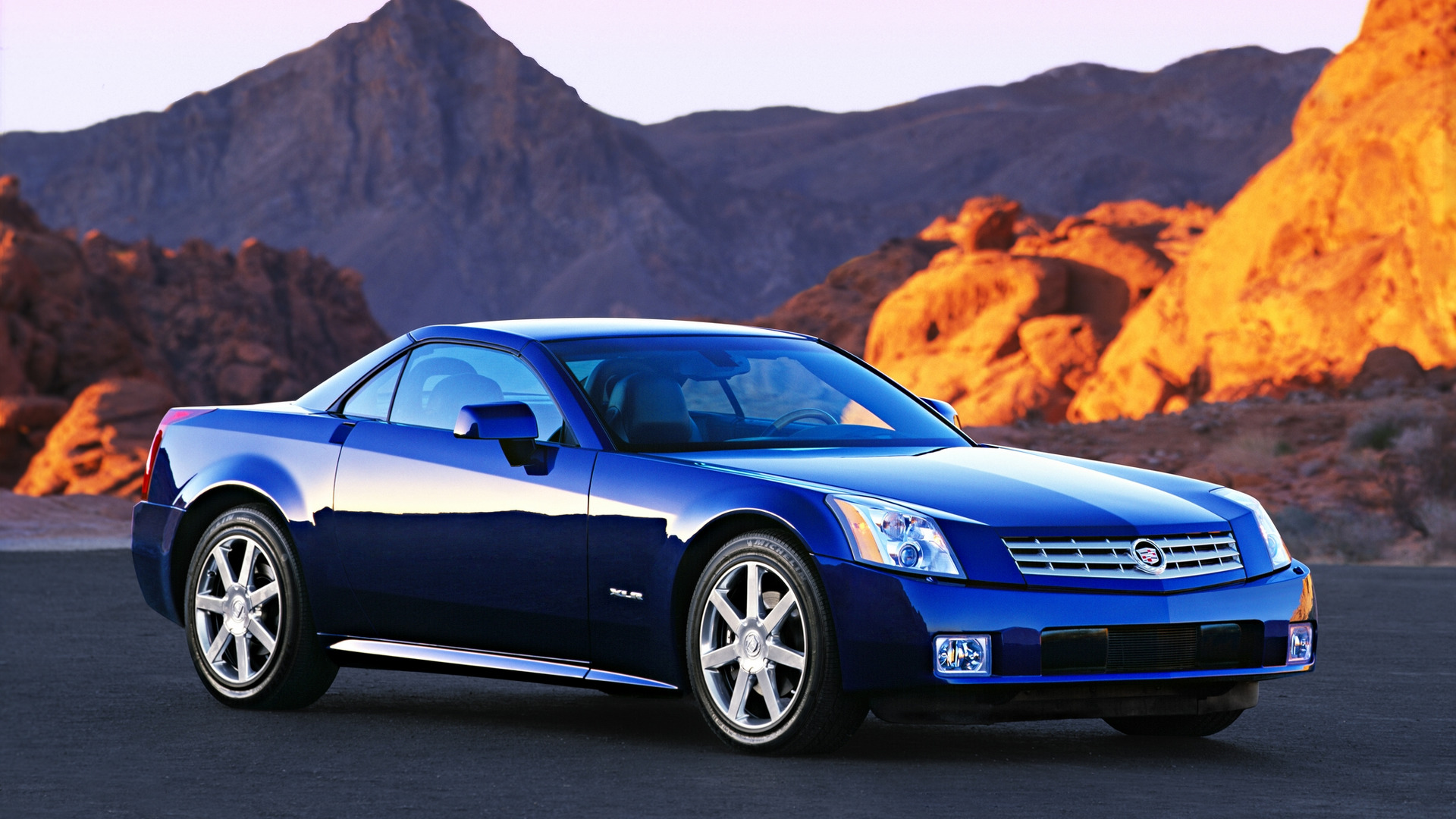 The Cadillac XLR is basically a heavier, more luxurious, thicker skinned Corvette. It also has more Northstar, and less manual transmission. It may share a chassis with the Corvette, but it isn’t a really sportscar.  The coupe style roof you see is a retractable hardtop, and the suspension is rather soft.

According to reddit user /u/mdp300, “Fun fact: due to the way the roof worked, if it had started raining, or if there were leaves or something on the trunk lid, it would all get dumped on you and your stuff when you put the top up.” Nice!

All of this makes the XLR more of a boulevard cruiser than an actual roadster. This is reaffirmed by the base XLR’s lack of a rear sway bar. It’s less Laguna Seca, more Tampa, Florida.

The standard car had the basic 4.6 liter Northstar, making 320 horsepower. It encourages the car to sixty in 5.7 seconds, and it will do a quarter mile in 14.2 seconds. Despite not being a corner-carver, the XLR had 50/50 weight distribution thanks to a rear-mounted transmission. You can get a peek of it in this cutaway drawing. 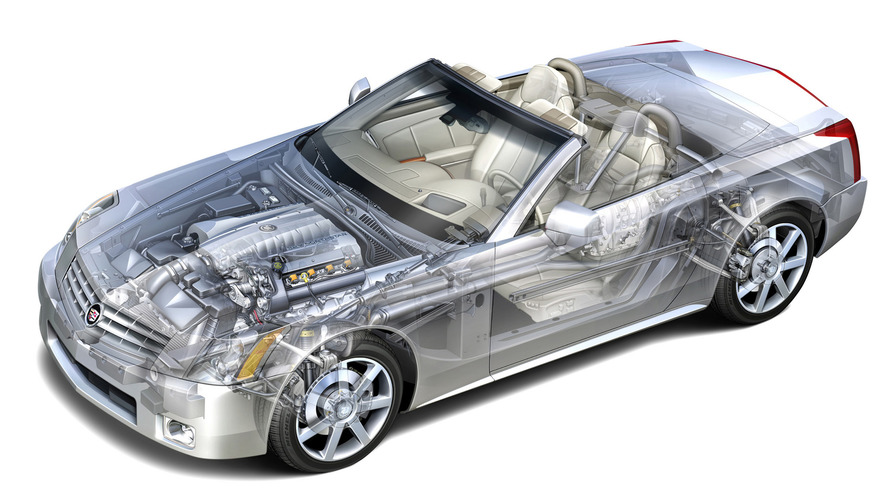 When this car was released in 2003, a base model would cost you $75,000. You weren’t just paying for some thicker fiberglass and three more camshafts either. This car was packed with features. Here’s a list:

A little tidbit concerning that Keyless entry from Reddit user ThaiTum, “We found out that the XLR lets you lock the proximity key in the trunk and Disney security will just watch and laugh at you when it starts raining. Hertz contacted OnStar for us and unlocked it remotely.”

So be careful with that key if you buy one, I guess.

The standard car wasn’t going to step on the toes of the Corvette, but of course, being pre-recession GM, they made a performance version that did. The XLR-V is very expensive, very fast, and very heavy. Starting at $97,485 (in 2006), it could get to sixty miles-per-hour in only 4.2 seconds. More impressively, zero to one hundred was met in only 10.4 seconds, with the quarter mile being achieved in 12.7 seconds (we’re in the twelves fellas!). This was all despite the rear axle ratio being even lower, now at only 2.56:1. Delimited, the vehicle was recorded to hit a 171 miles-per-hour top speed when pushed on the Autobahn. All of these performance stats almost make you forget the car weighs 3900 pounds.

Instead of a five speed automatic transmission, the car got a six speed automatic (still out back). It was hooked up to the supercharged LC3 variant of the Northstar, the same engine in the STS-V. In this application, it made 443 horsepower and 414 lbs/ft of torque. Also shared with the STS-V is the four-position stability control.

The brakes were taken from the Z51 Corvette, and the car got suspension upgrades as well. Out front was a thickened sway bar, and out back, a sway bar. The car’s magnetic dampers were also increased in stiffness, which hardened the ride a tad with the help of 19 inch wheels (shod in notoriously comfortable run-flat tires).

Despite these upgrades, magazines at the time didn’t really like this car. In a comparison from Car and Driver in 2003 between the regular XLR, SC430, XK-8, SL500, and 911, the XLR was only able to beat out the SC430. That’s better than nothing I guess?

They made 16,652 XLRs. 2,188 of them were XLR-Vs, which doesn’t make this car, or even the ‘V’ version, particularly rare. That being said, I’m bracing for the boomer pricing.

Regular XLRs will go for anywhere between $12k to $40k, which really isn’t as bad as I initially thought (especially considering their base price). It’s right around the same price as regular Corvettes from the era. XLR-V’s tend not to fetch such low prices, starting at around $30k, but they also do not exceed $40k. So really, there’s no reason to buy a regular XLR thats more than $30k–just get the ‘V’. However, you can also get LS7 Z06s for like $27k these days so uhhhh….

Another reason that you probably shouldn’t buy one of these things is sort of strange. As it turns out, the taillight assembly is no longer made by GM. In addition to this, many of the individual LEDs in said assembly like to go dead. What this means is, they are extremely expensive to replace if they go bad. Like, at least $1500 dollars per assembly. A lot of the prices are closer to three thousand dollars. So, I’m not gonna tell you not to buy this car, but it’s starting to sound like an inadvisable decision.

The XLR is still a neat oddity, though. I don’t think I would ever purchase one, but it’s at the very least a handsome, interesting car. They’re also never going to rot away because they’re fiberglass, so if you want a nice permanent lawn ornament you could just pick one up and park it on the garden. Maybe a land-speed version of this would be cool. The drag coefficient is pretty low (like .32 or something). I’m really just spit-balling though. I’m not a great salesman.