(This is according to the Saab museum in Sweden, there are several other sources that dispute the production numbers. If anybody can clarify this further, please let me know.)

Besides the obvious low production numbers, this is strange to me, because from the outside, it looks a lot like the sort of cars everybody wants to buy today (compact crossovers). In fact, if you put a gutless four cylinder engine in this thing, I bet you could sell them as-is with a little bit of Bluetooth sprinkled on top.

On the subject of ‘ahead of their time’, did you know Saab was the first contemporary luxury brand to put a two liter, turbocharged four cylinder engine in one of their cars? That engine is like the bread and butter of any respectable brand today. God I miss Saab. Anyway–lets not get on too much of a tangent here.

The Saab 9-4x was on the same platform as the much more well known Cadillac SRX–the “Theta Luxury” platform. Outside of the actual chassis and drivetrain, the 9-4x has almost nothing in common with the SRX. That’s definitely a good thing too. The SRX from this period looks like it got inflated inside the mold for a poorly faceted plastic gemstone.

The Saab on the other hand?

All of the body panels are different from the SRX. The interior is also a lot better than the Cadillac’s. Not in a favoritism kind of way either (although it also in that kind of way). Take a look: 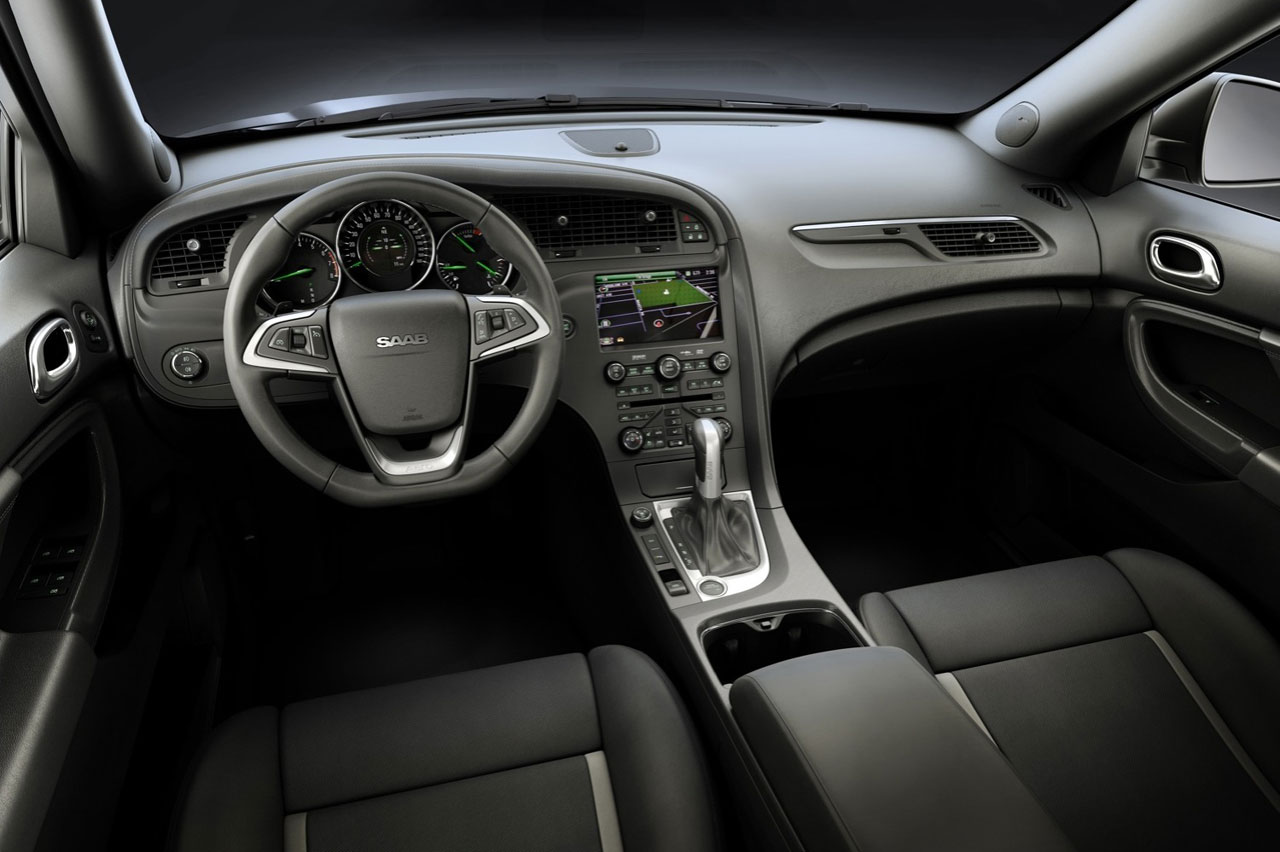 They definitely used the same sort of blow-molded, play-set plastic for both interiors, but the Saab looks like something actually designed for a human occupant. That Cadillac’s steering wheel is just heinous. Also, check out the Saab’s door handles.

Both cars got the option of either a 3.0 liter V6 making 265 horsepower and 223 lbs/ft of torque, or a 2.8 liter turbo V6 making 300 horsepower, and 295 lbs/ft. Both of these engines were mated to a six-speed automatic transmission, which transferred all of the engine’s power to the front wheels (AWD was optional and also the most common drivetrain). The 300hp V6 version was the Aero trim. Of course they made an Aero trim.

You are pre-recession GM owned Saab. You have to make at least two cars so one of them can have an Aero trim.

The 9-4X Aero was the most powerful, and also heaviest variant of the car. Despite only being a mid-sized SUV (four passengers is a squeeze), it weighed right around 4700 lbs. This is most likely due to its standard all-wheel-drive-system, which Saab called XWD. The engine has both an aluminum block and heads, so I don’t think that’s a culprit. Really, I’m not sure where all of this bulk comes from.

Because of this heft, the 9-4X Aero took  a casual stroll to sixty in about eight and a half seconds. The non-aero variants were closer to nine. Let’s move to greener pastures, then.

On the inside you got paddle shifters, an option not available with the standard car. You also got rear heated seats, and climate control for the rear passengers.

The rear climate control panel was lifted directly from the GMC Acadia of the same era. I know this because my parents had one, and the way it smelled inside gave me a headache. Fuck that car. Dogshit slow, interior stank like a fucking styrofoam cup, and the seats were like the bench in a dugout. No wonder Uncle Sam had to bail their ass out.

Despite only 814 of the 9-4X being made, from everything I’ve read from owners, magazines, and forums, this was a good car. Fuel economy was okay, power was adequate, interior was nice, features were good, everything worked.

It was sad to read all of this great news. Not because Saab went out of business, but because at the time all of these reviews were written, *people did not know that Saab was going to go out of business.*

“The Swedish crossover may fly off lots like IKEA flat-pack coffee tables, but it still won’t singlehandedly get Saab to its lofty goals of selling 80,000 cars per year. It might, however, keep things going until Saab’s next big chance” (Motortrend).

“Beyond its unique style, it’s well equipped, handles well and offers a spacious cabin (as long as you avoid the headroom-robbing panoramic sunroof). Is that enough to overcome the lingering doubts about Saab’s future? We have our reservations, but the 9-4X at least shows that Saab is headed in the right direction” (Edmunds).

**”While Saab purists will say that the company had lost its allure under GM ownership, those in Trollhättan, Sweden, insist that Saab’s identity is returning. The new 9-4X, which goes on sale this month for $34,205 for the base model and $48,835 for the Aero, is certainly an indication that there may be brighter days ahead for this iconic company.” (Road & Track).**

There’s actually a fair number of these for sale online, probably about a dozen total on various sites. The Aero trims are uncommon, as the vast majority for sale are the regular 3.0i. Mileage ranges from around 60k to 180k. Prices start at around $10k, but they do not go over $20k, not even for Aero trims.

This car was available in brown. A color called Moorland Bronze Metallic. There’s one for sale in this color and it’s listed here: